How to Help Kids Who Are Picky Eaters 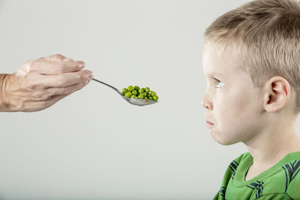 Don't force them, but do find ways to help them feel good about trying new tastes

Picky eating is one of the most common complaints among parents. It’s the rare child who eats anything and everything, gamely taking on new vegetables, foreign cuisine, and walnuts in brownies. Instead, most kids (like most adults, only more so) find some foods unpalatable. Vegetables are a frequent offender; processed desserts and chips typically aren’t.

“I think all parents have said at one time, ‘My kid is such a picky eater!'” notes Rachel Busman, PsyD, a psychologist specializing in anxiety at the Child Mind Institute. “It’s very normal for kids to go through stages where they’re a little more picky, especially when they are trying to assert their autonomy. Suddenly it’s I want to put on my own coat; I want to brush my own teeth; I want to choose the food that I eat.”

As kids get older their tastes buds start to develop, too, so it’s natural if the toddler who happily ate whatever was in front of him becomes more selective as he matures. It’s also not unusual for kids to be so cautious about eating that there are fewer things they will eat than things they won’t.

Making a kid sit at the table until her plate is cleaned is not the best way to get her to eat.

While we want our kids to eat every vegetable and embrace every level of the food pyramid, forcing the issue can have the opposite effect. “Making a child sit at the table until her plate is cleaned is not the best way to get her to eat,” warns Dr. Busman. Forcing food distresses kids and parents alike, and builds up negative associations.

As long as the pediatrician says your child is healthy and she is eating a variety of foods, don’t pick a battle over every green vegetable.

Do try to gently expand the menu

Instead, for picky eaters Dr. Busman recommends respecting the things a child does like while encouraging her to try new things. You can be a good role model by being an adventurous eater yourself. Put together a list of new foods for the family to try and make a game out of it—what will we try tonight? You could even do something creative like Food Bingo.

Parents should also promote retrying foods that might not have been a hit the first time around. Sometimes it takes a second taste (or a new recipe) to discover that something tastes good after all. You can model this yourself as well. Try a food you haven’t liked in the past, and explain that you’re giving it another chance because your tastes may have changed. We want to show kids that we are adaptable.