We Have a Food Crisis Unfolding Out of Sight 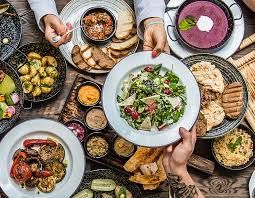 Writing in the middle of two devastating cholera pandemics in the early 1800s, the great French culinary thinker Brillat-Savarin articulated a truth we urgently need to grasp today: “The destiny of nations depends on how they feed themselves.”

The coronavirus pandemic threatens to create both a public health and economic catastrophe. But we cannot afford to ignore the humanitarian crisis that is unfolding out of sight.

Our fate as a nation depends on how we feed our most vulnerable citizens through this crisis. If our leaders step up now with federal aid, food can be the solution — supporting millions of jobs while also feeding millions of people in desperate need.

There is historical precedent for spending federal dollars to preserve jobs and serve the public: the Works Progress Administration of President Franklin D. Roosevelt’s New Deal. Over eight years, the W.P.A. put more than eight million Americans to work, building schools, hospitals and vital infrastructure. Today we need a W.P.A. to feed America. In honor of one of its food programs, I suggest calling this new emergency relief America Eats Now.

We know this model works because we have proved the concept by feeding our fellow citizens through several recent disasters.

When my nonprofit World Central Kitchen arrived in Puerto Rico after the devastation of Hurricane Maria, we faced the twin challenges of feeding an island when its economy had flatlined.

We combined a private-sector mentality with federal dollars and private donations to pump cash through the food supply chain, putting people to work by feeding those in the greatest need. We activated a large-scale kitchen at an arena and smaller kitchens in restaurants and schools, serving millions of meals at a time when everything seemed paralyzed.

In Puerto Rico we used three clear approaches to feed our fellow Americans that can be a guide to heading off an economic and food crisis today:

— Support the private sector as quickly as possible when the economy crashes, as it did after Maria: activate kitchens with federal dollars to serve the people.

— Repurpose and deploy community facilities, while expanding their mission: use the kitchens in schools and arenas to feed more people, more quickly.

— Solve the informational and logistical challenge: Matching demand and supply — by getting food to the people who need it most — is even more challenging than cooking in a crisis. Distribution is the Achilles’ heel of any disaster response.

Since then we have adapted our model to feeding first responders in the California wildfires, as well as stricken communities after natural disasters in the Caribbean and Mozambique. This week I have re-opened several of my own shuttered restaurants as community kitchens, serving meals at low or no cost to people in need.

But these are only models for what we should do now; they are too small to meet the unprecedented challenges we face as a nation. We need to understand that these crises threaten our national security.

Today an army of American cooks stands ready to serve our most vulnerable citizens, at a time when those cooks are themselves in desperate need of support. They are our food first responders. With the full support of the federal government, they can serve the many, while saving so many jobs.

There are three groups in our communities who face the greatest threat from the pandemic: the elderly, the homeless and families struggling to make ends meet.

As we know from public health officials, the elderly face the greatest risk of infection and mortality. We know that many of them are afraid for their lives in doing something as routine as going to the supermarket.

Isolation may be the best option for avoiding the pandemic, but our parents and grandparents still need to eat to be healthy in body and soul. The plight of Italy’s elderly is an unspeakable tragedy that we should avoid at all costs.

Now is the time to stand up the private sector — our neighborhood restaurants — to sustain the lives of our elderly neighbors.

Congress is currently contemplating a $54 billion request to support our airlines. I respectfully request that at least a similar amount be dedicated to America Eats Now, so that our restaurants and delivery partners can feed our elderly citizens and deliver meals to their doorsteps.

That measure of spending could sustain our elderly citizens in daily meals, freshly prepared, through the peak of this crisis. It would also sustain our farm workers, food suppliers and delivery agents, who in turn would spend the cash sustaining their own families. There are many hundreds of thousands of food jobs that depend on our restaurants.

America’s technological innovators, such as Uber and GrubHub, can rapidly adapt a home delivery service for our neighbors who are too fearful to buy their own food. This country’s world-class entrepreneurs can solve these challenges creatively and economically.

The second group that needs our urgent support are families on the brink of economic disaster. Governors and mayors across the country have rightly grappled with the competing needs to close down schools to limit the spread of the virus, while maintaining the school meal services that keep our kids healthy.

We need to go several steps further, however. The children who rely on free school meals live in families who are struggling financially at the best of times. Now is the time to extend the school meal program to their families: to turn our school kitchens into community kitchens. For those in suburban and rural areas, we should use the school bus network to deliver food packages along the routes where they normally pick up and drop off students.

Sadly, school kitchens may not be enough.

As the crisis worsens, we need to maintain the capacity to support our medical heroes, first responders, senior centers and the homeless, with safe havens of food preparation and distribution.

Hospital kitchens and senior centers will lose staff to sickness. An army marches on its stomach: Our police and National Guard can no longer rely on their favorite neighborhood food stands and delis.

Now is the time to prepare our arenas and convention centers — all subsidized by taxpayer dollars, even when owned and operated by private entities — to meet the food needs of this public health catastrophe. Trained to the highest standards of food hygiene, with strict protocols to ensure that infection is not spread through food, our arena chefs should be the last resort for safe cooking for our frontline workers in this war.

The National Restaurant Association is advocating for a much larger package of support, worth more than $300 billion, as it seeks to save up to seven million jobs through a mixture of grants, loans and deferments. Our restaurant industry faces an existential challenge that we all recognize. It is one of the foundational sectors in our economy: four times bigger than our airline industry in sales, and 18 times bigger in jobs.

Every industry group should make its case in this crisis. But only those of us who work in restaurants can help revive the economy while feeding and building our communities at the same time. Restaurants were shut down by our governments; they can be revived by our governments to serve the people in their hour of greatest need.

These challenges can seem overwhelming, but we believe the most effective solutions are often right in front of us. Our small nonprofit has safely prepared and served food in cholera-stricken Mozambique by being meticulous about our daily work. That cholera experience equipped us with the sanitation protocols to feed the virus-infected cruise ships in Japan and California.

In every disaster zone where we cook for the many, we find that a plate of food is never just a meal on a dish. It is a plate of hope: a message from the community that someone, somewhere cares.

Now is the time for Congress and the Trump administration to show they care. Together we can ensure that America Eats Now.

José Andrés is the Chef/Owner of ThinkFoodGroup and founder of World Central Kitchen, a nonprofit founded in 2010 whose team of food first responders has served over 15 millions meals in the wake of domestic and international emergencies.

From: The New York Times