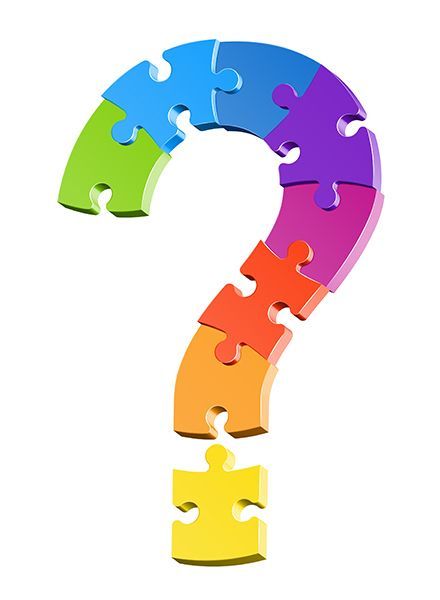 I sat down in front of the doctor and felt small almost immediately — realizing the power that this professional stranger had over me and my immediate future. He was the person in charge of either giving me a key to the inside or leaving me locked out on the outside where I had always been. He was the person in charge of either listening to me and taking the time to believe my concerns, or simply writing me off and handing me a prescription for anti-depressants – a sticking plaster over the truth. As it turns out, that’s exactly what he did that day in December 2016.

Maybe I didn’t help myself. Maybe it was my fault? Things usually are… or at least, that’s the way it always seems. As soon as I said the words “Asperger’s syndrome,” I broke down in floods of tears and I didn’t stop for most of the 10-minute appointment.
I hate the way it sounds out loud – ugly and rude like some kind of awful belch. Each time it came out of my mouth in public, I regretted saying it almost immediately. I wanted to disown it right then and there

However, before I set off for the appointment, I’d told myself I was going to get straight to the point – I wasn’t going to dance around the issue. I was going to actually say the words “I think I have Asperger’s syndrome” as soon as the doctor asked why I was there that day in his office. I told myself that I wasn’t going to cry – that I was going to be confident, rational and self-assured. Articulate. But as soon as the words came tumbling out, so did the tears and I couldn’t turn them off. It was an admission I’d kept secret for such a long time, and actually hearing myself say the words out loud, to a trusted professional, actually took me back. It was like pulling the plug out of a bath full of water that had been stagnant for years.

The doctor handed me a tissue as I told him about my meltdowns, the detachment I felt from others and the obsessions I had – particularly with Asperger’s syndrome itself. I told him that I had read everything there was to know about it, and the conclusion; it sounded just like me. Of course, the words didn’t flow out exactly as I’d hoped, the way I’d practiced them in my mind. But I was happy that I’d actually managed to get them out there in some form or another. What a relief. In my naïve and idealistic mind, what would happen next is that the good doctor would have leaned in closer and congratulated me on my brave admission, before delving deeper into the specifics.

However, as the dust settled, a sudden surge of regret followed almost immediately – and then his deeply disheartening response. The way he looked at me in the aftermath made me feel like I was speaking a foreign language or maybe even making it all up. In truth, there was barely any expression at all on his face, from the brief glances that I stole. No sympathy, no cogs seeming to turn, just a blank, neutral expression as I ripped out my heart and my brain and slammed them down onto his desk.

He asked me if I was working, and if I was feeling low. I told him that yes, of course I was feeling low. I didn’t like myself very much as a result of my behavior and all the things I couldn’t seem to control – the obsessions, the meltdowns… I knew at that point exactly where this was all going and then I saw it – a gentle hint of a smile on the doctor’s face as he made his diagnosis.

He reeled off a checklist – the symptoms of depression – of course I knew them well, I had been there before. I answered his questions and ticked quite a lot of the signs – of course I did. I was depressed, I will hold my hands up to that. But I wasn’t depressed simply for the sake of being depressed, I knew that much. If I had depression, it was a side effect of Asperger’s syndrome and that was the root of the problem buried deep into the soil of my being.

I explained that I felt low mostly as a result of my meltdowns – the after-effects of the storm and the shame of feeling so out of sync with everyone else – detached and alien. But it didn’t seem to register with the doctor, and I knew there and then that I was lost to him. I explained that my obsessions were out of hand. Is it normal for somebody’s first waking thought to be to Google something new about Asperger’s syndrome or Marilyn Monroe? To read about these things for hours on end and forget to even eat?

I told him that I was obsessed with my music and getting it right – getting it “perfect,” although I’m told that such a thing just doesn’t exist. If it wasn’t right, or how I expected, I would have a meltdown – shrieking at the top of my lungs even though I knew it would damage my vocal cords. I knew it wasn’t “normal.”

And then he said it – the most bizarre thing I had ever heard in my entire life. He even laughed a little as he said the words…

“Well, if you do music it is very unlikely that you have Asperger’s syndrome.”

I felt totally gobsmacked and terribly, terribly let down. All hopes of help and understanding — dashed in an instant. Part of me was even angry. What an insult! This was a man – a trusted professional who was in charge of people’s lives, their mental health – their futures… but it was clear as day that he didn’t have the first clue about Asperger’s syndrome or what it actually was (beyond the classic stereotypes, anyway).

His comment was proof (if ever I needed it) of the lack of awareness and the ignorance among people when it comes to this complicated disorder. I’m the first to admit that it is a minefield – a labyrinth. You can talk about autism for hours and feel like you’ve only just begun to scratch the surface. It’s no walk in the park, that’s for sure…

But people are walking around right now, living with it right now inside their heads with nowhere to turn. More awareness needs to start, it’s that simple, and there are a few simple truths which I’m about to make clear right now.

People with Asperger’s syndrome are not robots. We can enjoy music, some of us can perform and even excel at it. We can act, we can paint, sculpt, we can even care (believe it or not). Although it’s true that some people with Asperger’s are gifted scientists, engineers and mathematicians, we are not all human computers. We have emotions and we can cry. We are not all Rain Man!

The doctor handed me a prescription for antidepressants and I took it reluctantly, admitting defeat. At that point, I just wanted to get out of his office. However, I knew I wasn’t going to go to the pharmacy and actually get the drugs he wanted me to swallow. They were not what I needed. Not really. I remember thinking how irresponsible it was of the doctor to just dole them out and let me walk out of the door, still crying – still as confused as ever. But I understood that my 10-minute slot was over and the next patient would be right in. Hopefully, they’d have a problem that could be solved more easily – the flu maybe, or tonsillitis.

There wasn’t a cure for what I had, I knew that. But at least I had a sticking plaster of sorts. Something to shut me up for now (or at least the doctor hoped). Explaining the anti-depressants to me, he said to expect a suicidal feeling for the first two weeks after I actually took them. But he reassured me that the feeling would pass. That must be after you’ve actually killed yourself, I reasoned…

I walked out of the surgery, looked up at the sky and cried harder than ever – all kinds of emotions swirling up now. It never occurred to me that I would be dismissed this way by someone in the medical profession – so casually and with such breathtaking ignorance.

It was clear that the battle ahead was going to be much tougher than I thought. Awareness was needed and it was needed right now. I needed to stay strong and be a soldier for this very important message. No one was going to help me carry this thing around for the next 40-50 years, that much was true. But I had carried it by myself for all this time. I was a survivor and I was proud of what I was. I was Autistic. Nobody knew that better than me, nor could they take it away.

Two years on from my appointment with the doctor, I was finally diagnosed with Asperger’s syndrome at the age of 33, following a break down in the run-up to a friend’s hen party. It was a moment of relief – a moment of clarity and validation that I felt I needed in order to move forward with my life, to be kinder to myself and to finally begin to make sense of my unusual and confusing identity. More importantly, I could finally begin to make peace with it.

In recent years I’ve taken more solace in my special interests and am proud of the person I’m starting to become. Armed with greater self-awareness and self-esteem, I finally feel strong enough to be a voice for Autistic people and do what I can to raise some important and much-needed awareness. I have three albums behind me now – proof that people with Asperger’s can make music; feel, write, emote, connect and all the other things that come with being human. That is after all what we are, contrary to some (outrageous) beliefs.

Among the many myths surrounding autism is that people with autism don’t feel empathy. And yet I feel so much for all those men and women like me who struggle with their identity, value, loneliness and social confusion in a world that often feels so overwhelming that they take the devastating steps to take themselves out of it forever.

I dream of a world where we have the chance to thrive instead of simply survive, a world where there’s understanding, compassion and acceptance – on both sides.