How Children Evolved To Whine 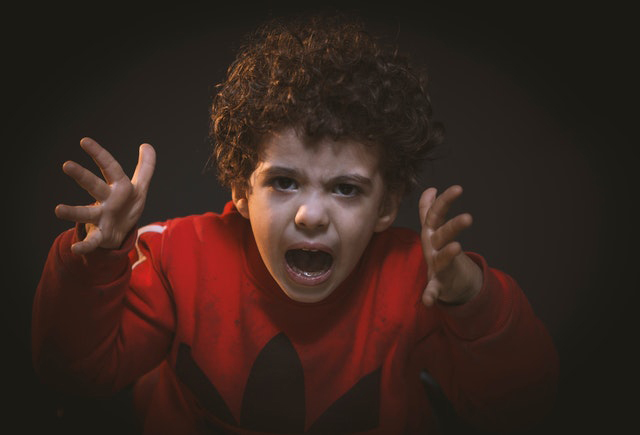 Little kids are diabolically engineered to make their parents do what they want. That’s the overwhelming impression I got when I talked to a bunch of academics about the origins of whining. “Children are good at co-opting whatever arsenal of behaviors they have” to get parental attention, said James A. Green, Ph.D., a University of Connecticut psychology professor who studies early social development.

The scholars I spoke to agreed that whining was both an under-researched area in developmental psychology, and such common kid behavior that it was likely a cultural universal. Even certain types of monkeys whine, said Rose Sokol-Chang, Ph.D., who studied whining at Clark University, and now works at the American Psychological Association.

Monkey and human children alike use “whining to bridge a gap with an adult,” said Dr. Sokol-Chang — which is to say, they’re whining to get your attention, and fast. Babies may develop a whiny type of cry as early as 10 months, but full-blown whining doesn’t pick up until they learn to speak, Dr. Sokol-Chang said. Though whining typically peaks in toddlerhood and decreases with age, “I’m not sure it really goes away,” she said, pointing out that adults even whine to their partners.

What distinguishes whining from other types of vocalization is how deeply annoying it is — which is why it’s such a successful tactic for getting a parent’s attention. Dr. Sokol-Chang led an experiment where she asked 26 parents and 33 nonparents to complete simple math problems while listening to various human sounds (infants crying, neutral speech and “motherese,” in addition to whining). Whether or not they were parents, participants forced to listen to whining made more mistakes and completed fewer problems; whining proved even more distracting than the sound of infants crying.

Though whining is awful for everyone within earshot, kids (to say nothing of aggrieved spouses and, apparently, monkeys) reserve whining for people they are emotionally attached to; this isn’t behavior they’ll try with strangers, Dr. Sokol-Chang said.

Even baby monkeys understand that an annoying noise gets them a faster response — especially in public. One study of rhesus macaques showed that mothers attended to their crying infants faster when there were unrelated monkeys around; the researchers surmised that the rhesus mothers were concerned that their babies’ cries, which are “high-pitched, grating and nasty to listen to,” per the BBC, might provoke the other monkeys. As Dr. Sokol-Chang put it, even monkey parents think, “don’t embarrass me in front of my friends.”

So how do you get your whiny kid to cut it out already?

Ignore the behavior. Dr. Dunya Poltorak, a pediatric medical psychologist in private practice in Birmingham, Mich., said the first thing to know is that disciplining children for whining can backfire. “Scolding or disciplining can inadvertently reinforce the behavior. They’re looking for a response; when they don’t get a positive response, they’ll go for the negative one,” Dr. Poltorak said. Children look to you to model behavior, so if you’re yelling, “I can’t stand it when you do that, you drive me crazy!” you’re basically teaching them to give that right back to you.

Dr. Poltorak recommended finding a calm moment and sitting down with your child, saying something like: “I love listening to you and I love helping you. Let’s practice using our nicest words to ask for help, because if you whine or cry or scream, I won’t be able to help you.” Then you need to follow through and ignore your kid when she asks for something in a whiny voice. Children’s whiny behavior may escalate when you begin ignoring it, Dr. Poltorak cautioned, so be prepared to stay the course; in time, they’ll realize whining doesn’t get them the attention they desire. When your child asks for things nicely, make sure to reinforce that good behavior with praise, Dr. Poltorak said.

Catch the whine before it starts. Another tactic, which Dr. Sokol-Chang recommended, is to try to observe your child’s particular behavioral signs that tend to lead up to a whine, so that you can give her positive attention before it even starts. But this isn’t always possible, especially if your child starts whining every time you attempt to have a conversation with another adult.

Beat them at their own game. Nicholas S. Thompson, an emeritus professor of psychology and biology at Clark University who worked with Dr. Sokol-Chang on her whining studies, offered this last strategy, speaking more as an experienced grandpa than as an academic psychologist. Dr. Thompson whines right back at his grandchildren, telling them: “I’m the expert on whining, and you’re not even doing it right. Let me teach you how to whine properly.” The second his grandchildren saw he was in on their game of manipulation, they got a funny look on their faces, and stopped.

Photo by Mohamed Abdelgaffar from Pexels